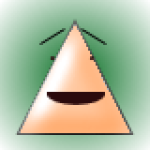 The history of "airsoft" originated in Japan during the mid-1970s, mainly because it was illegal to own firearms by private individuals. The first airsoft guns available were spring-powered replicas of firearms that fired 6mm, plastic pellets or BBs. The gun then spread to China, Hong Kong, Korea, Taiwan and the Philippines and became very popular chiefly because of firearm restrictions in these countries.

Mattel, the famous American toy company had already marketed a product called "Shootin Shells" way back in the 1950s. These guns were identical to the spring driven pellet guns and had Stik-M-Caps that explode to emulate the sound of gunfire. In the 1980s, Daisy BB Gun Company manufactured spring gun models called Replisoft and Soft Air shot at each other by opposing players.